Sid Frissell was one of the first scientists from academia to conduct wilderness research. Sid received B.S. and M.S degrees and a Ph.D. from the University of Minnesota —all in forestry. His master’s thesis, funded by Bob Lucas and the Forest Service, was among the first studies of the ecological impacts
of recreation in wilderness. In 1967, he took a position in the College of Forestry at the University of Montana. Shortly thereafter, he began cooperative work with Bob Lucas, who had moved to Missoula to be project leader of the new Wilderness Management Research Unit. With graduate students Alan Jubenville and Bill Gabriel – and Forest Service funding – he studied visitors to the Anaconda-Pintlar Wilderness and fire history in the Bob Marshall Wilderness. Again with funding from Bob Lucas, he studied campsite impacts in the Spanish Peaks Primitive Area, work that led to development of one of the first methods for monitoring wilderness campsite condition. In 1972, Sid collaborated with George Stankey on the limits of acceptable change concept, a notion first raised in his master’s thesis. Subsequently, he worked with the entire Wilderness Management Research Unit in formal development of what came to be called the Limits of Acceptable Change planning process – published in 1985. Sid became dean of the College of Forestry at the University of Montana in 1986. He retired in 1993 to become an acclaimed artist, specializing in watercolor paintings of wild birds. 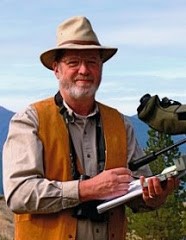 Despite working on issues other than wilderness for most of his career, Sid made a number of significant contributions. He conducted the first study of campsite impacts in a wilderness, finding that even light use caused substantial impact. This led him to the important conclusion that impacts could not be avoided; they could only be limited to an acceptable level—a limit of acceptable change that managers need to define. He also developed one of the first methods for monitoring campsite conditions. It is not uncommon to hear managers say they are “doing Frissell,” even when monitoring campsites in a manner having little to do with Frissell’s original method. Finally, although not conducted in wilderness, his dissertation was an early fire history study that employed techniques subsequently used to study fire in wilderness.

Listen to an interview with Dr. Frissell