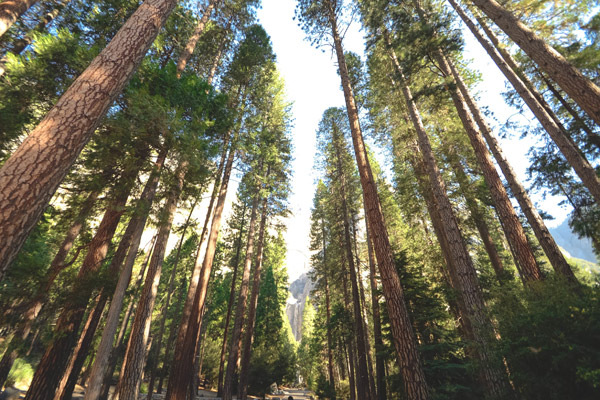 FORT COLLINS, Colo., Dec.16, 2015 – In order to restore and maintain resilient and healthy ecosystems, land managers need better information on what level of fire is appropriate for any given region, and further, a better understanding of current departures from natural levels of fire activity. Scientists developed a model to quantify these departures in expected fire activity, which is presented in a new study published in the December 2015 issue of the journal Ecosphere: “Wildland fire deficit and surplus in the western United States, 1984-2012.”

Wildland fire is an important, natural, and rejuvenating ecological process in some, but not all, ecosystems. Pine-dominated forests in the western US, for example, historically experienced periodic wildland fire, and as a result, are considered fire-adapted. Deserts, on the other hand, historically experienced very little fire and are considered fire-sensitive. Human activities, however, have reduced fire activity (a “fire deficit”) in some fire-adapted ecosystems while increasing fire activity (a “fire surplus”) in some fire-sensitive ecosystems.

To better understand patterns of fire deficit and surplus, scientists from the U.S. Forest Service, Canadian Forest Service, University of Montana, and University of Idaho used fire and climate data from protected areas and other areas with low human influence to build a model of expected fire activity. These areas of low human impact provided a natural benchmark in which fire activity and climate are relatively tightly linked. They were then able to compare expected to observed fire activity and quantify the amount of fire deficit and surplus for different regions of the western United States from 1984-2012.

This is an important breakthrough for land managers who are faced with the challenge of quantifying natural levels of fire activity when developing restoration plans aimed at restoring and maintaining resilient and healthy ecosystems.

“Our approach capitalized on data from protected areas and other areas with low human influence, which proved invaluable for assessing alterations to fire regimes,” said lead author of the study, research ecologist Sean Parks of the Rocky Mountain Research Station, Aldo Leopold Wilderness Research Institute. “Our research team is pleased that we were able to evaluate departures in expected fire activity across multiple ecosystem types such as forest, shrubland, and desert.”

Go to www.treesearch.fs.fed.us/pubs/49942 to download a copy of this study. Or, look for it as pub 811 in the ALWRI library.

The Rocky Mountain Research Station is one of seven units within the U.S. Forest Service Research and Development – the most extensive natural resources research organization in the world. RMRS maintains 12 field laboratories throughout a 12-state territory encompassing parts of the Great Basin, Southwest, Rocky Mountains, and the Great Plains. RMRS also administers and conducts research on 14 experimental forests, ranges and watersheds and maintains long-term research databases for these areas. To find out more about the RMRS go to www.fs.fed.us/rmrs. You can also follow RMRS on Twitter at www.twitter.com/usfs_rmrs