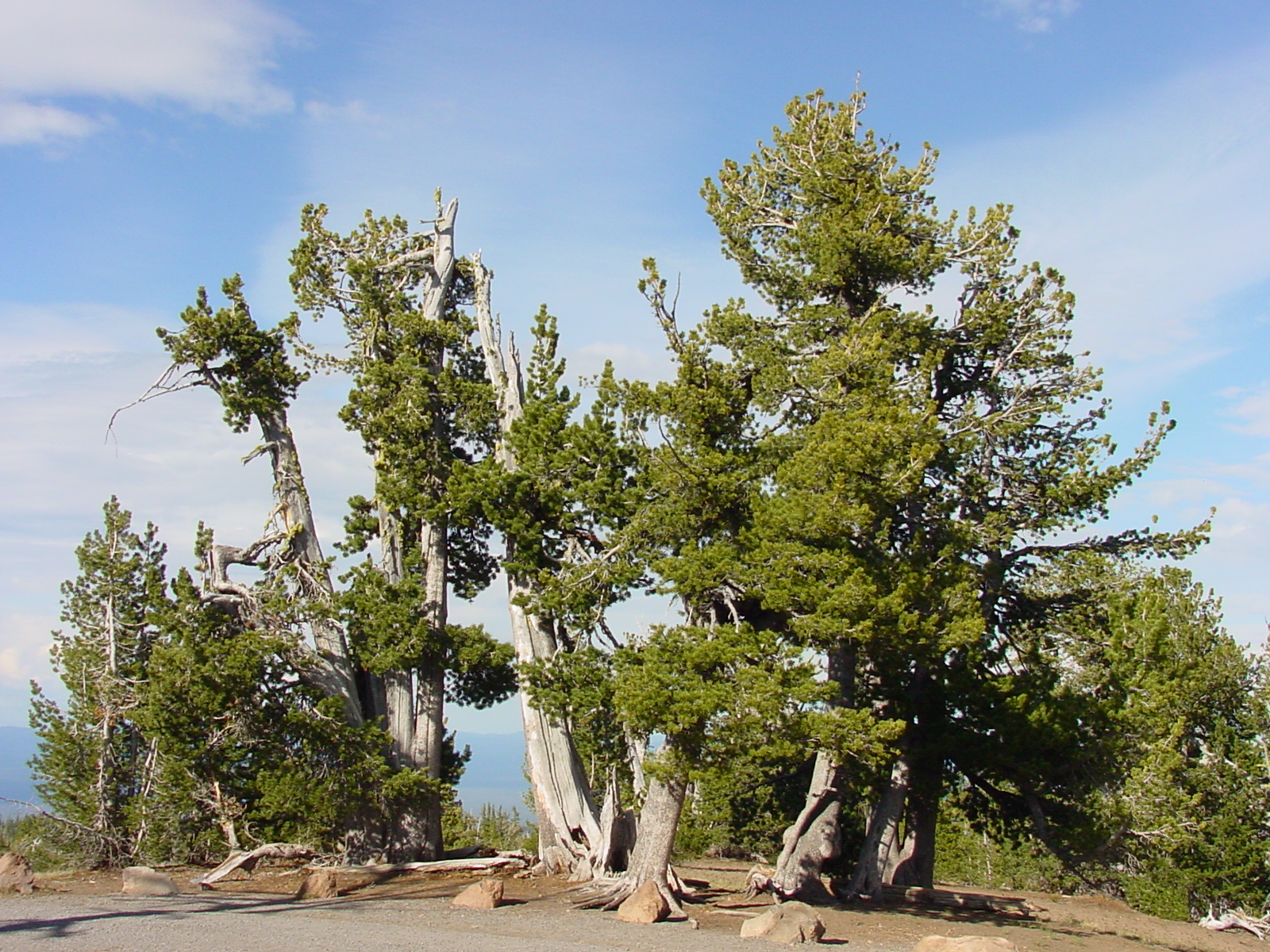 Whitebark pine (Pinus albicaulis), an important component of western North American high-elevation forests, has been declining in both the United States and Canada since the early Twentieth Century from the combined effects of mountain pine beetle (Dendroctonus ponderosae) outbreaks, fire exclusion policies, and the spread of the exotic disease white pine blister rust (caused by the pathogen Cronartium ribicola). The pine is now a candidate species for listing under the Endangered Species Act. Within the last decade, with major surges of mountain pine beetle and increasing damage and mortality from blister rust, the cumulative whitebark pine losses have altered high-elevation community composition and ecosystem processes in many regions. Whitebark pine is a keystone species because of its various roles in supporting community diversity and a foundation species for its roles in promoting community development and stability. Since more than 90 percent of whitebark pine forests occur on public lands in the United States and Canada—and 48 percent occurs in designated and recommended Wilderness—maintaining whitebark pine communities requires a coordinated and trans-boundary effort across Federal and provincial land management agencies to develop a comprehensive strategy for restoration of this declining ecosystem.